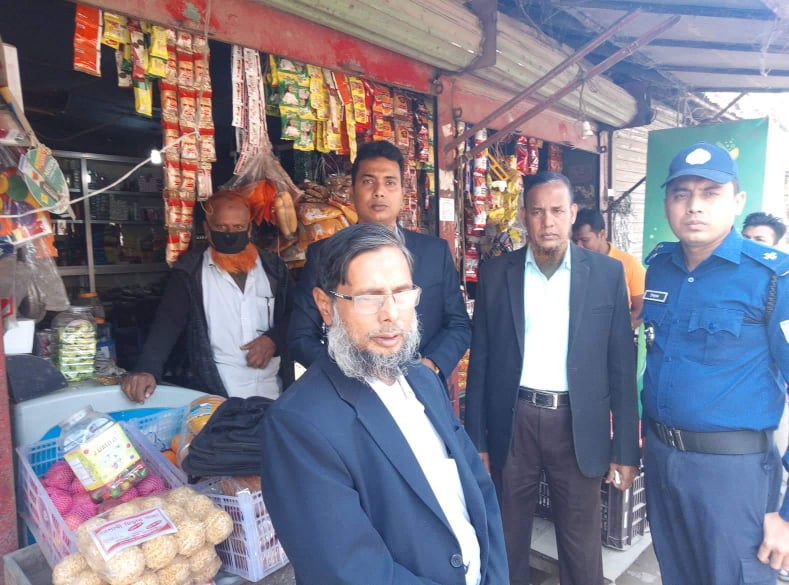 The National Consumer Rights Protection Directorate(NCRPD) has fined Tk 10,000 for obtaining expired goods at two shops at West Kotapara in Shariatpur Sadar upazila. The fines were imposed on Sunday (February 2) at noon.
The shopkeepers are the grocery stores – the M/S. Beppery Store and the M/S Khan Store.
Sujan Kazi, assistant director of the Shariatpur District Office of the National Consumer Rights Protection Directorate, was conducted the raid in front of the Sadar Upazila schools on Sunday afternoon under the direction of Shariatpur Deputy Commissioner Kazi Abu Taher.
During this time raids were carried out in the shops in front of West Kotapara Primary School, Shariatpur Government Girls High School and Palong Tulasa High School in Sadar Upazila. In the drive to save the expired food products in front of West Kotapara Primary School, M/S. Beppari Store and M/S Khan Store, a fine of Tk 10,000.
He added that unhealthy treats and toys, such as chips, kindergarten, etc. were confiscated from other shops in front of other schools, including toys that were banned by the High Court. Deputy Market Officer Md Yusuf Hossain, Sadar Upazila Sanitary Inspector and Inspector of Safe Food were present in the operation. A team of district police, including Abul Hossain.