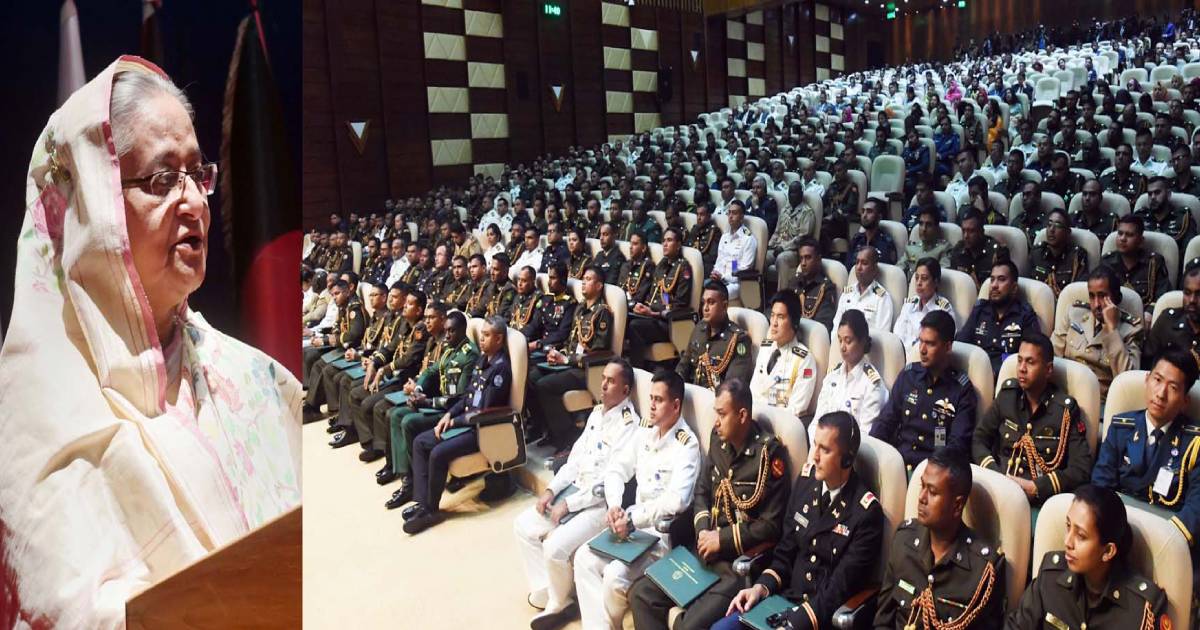 Mizanur Rahman: Son of Bauful’s soil Noor Mohammad Mridha has be appointed as jailer of Barisal district Central Jail. He joined the post last Thursday.
In 2008, Noor Mohammad was deputy jailer of Jessore Central Jail. Later he served as Dhaka Central Jail, Kashimpur Central Jail-1, Kashimpur Central Jail-2, Gopalganj District Jail District and the last Rajbari District Jail. After taking office in Barisal, he sought the cooperation of all.
Noor Mohammad Mridha is the son of Motiar Rahman Mridha of Botkazal village of Ward No 5 of Nomala Union in Bauphal upazila of Patuakhali.Prime Minister Sheikh Hasina on Sunday reiterated that the ongoing drives against corruption, drugs and terrorism will continue to protect the society from these menaces.

“We’ve already announced a zero-tolerance policy against drugs, terrorism, militancy and corruption. So, the drives against corruption, drugs and terrorism will continue,” she said.

The Prime Minister said this while delivering her speech at the graduation ceremony of Defence Services Command and Staff College (DSCSC) 2020 at Sheikh Hasina Complex of Mirpur Cantonment.

She urged the members of the Armed Forces to pay special attention to these social diseases.

Sheikh Hasina said her government wants to utilise merit, knowledge and strength of the youth in the interest of the country.

Mentioning that the Armed Forces of Bangladesh have been contributing to the United Nations peacekeeping missions, she said, “I want to develop them as modern forces so that they can move forward keeping pace with any country and face the situation of any country [where they’ll be deployed].”

The Prime Minister said the Bangladesh Armed Forces earned fame wherever they worked in any country of the world.

She said the armed forces have won the hearts of the local people of different countries through rendering humanitarian services there.

Putting emphasis on trainings, the Prime Minister said she always thinks that training is the most important matter as the armed forces can protect the sovereignty and independence of the country as well as do social works more competently through trainings.

She mentioned that the armed forces have been playing a significant role in the social and infrastructural development in the country. “The fame (of the armed forces) has increased as they work very competently,” said the Prime Minister.

Pointing at the fresh graduates, she said they have acquired knowledge of warfare and contemporary national and international affairs during their 45-week DSCSC course.

The Prime Minister said this acquired knowledge would help the graduates perform duties and responsibilities as well as face any type of challenge. They can also contribute more to the socioeconomic development of Bangladesh, she added.

Hasina said her government formulated the ‘Forces Goal 2030’ and is now implementing it for the development of the Armed Forces.

Against the backdrop of the emerging security scenario, the DSCSC training curricula have been modernised with contemporary modules and the computer-assisted war-game has been played on the campus for the first time, through which the college campus has turned into a digitised one, she said.

Focusing on the development of Bangladesh in the last one decade under her government, Hasina said the GDP growth reached 8.15 percent and the per capita income nearly US$ 2,000 but the inflation rate remains at 5.4 percent.

Noting that the poverty rate dropped to 20.5 percent from 41 percent in 2005-2006 fiscal year, she said her government wants to cut down it further. “If we can bring down it to 14-16 percent, we can declare Bangladesh as a poverty-free country,” she said.

A total of 235 officers, including 125 officers from Army, 34 from Navy and 22 from Air Force, and 54 overseas officers from 21 countries of the world graduated from this college this year.

The Prime Minister handed over certificates among the graduated officers.

Senior military and civil officials and vice-chancellors of several universities were present at the graduation ceremony.

The Defence Services Command and Staff College is a prime military institution of Bangladesh Armed Forces.

The DSCSC provides professional military education to selected mid-career officers of the three services and prepares them for assumption of increasing responsibilities both in command and staff appointment.

A total of 5,253 officers, including five police officers and 1,165 overseas students from 42 friendly countries, have so far graduated from the college.