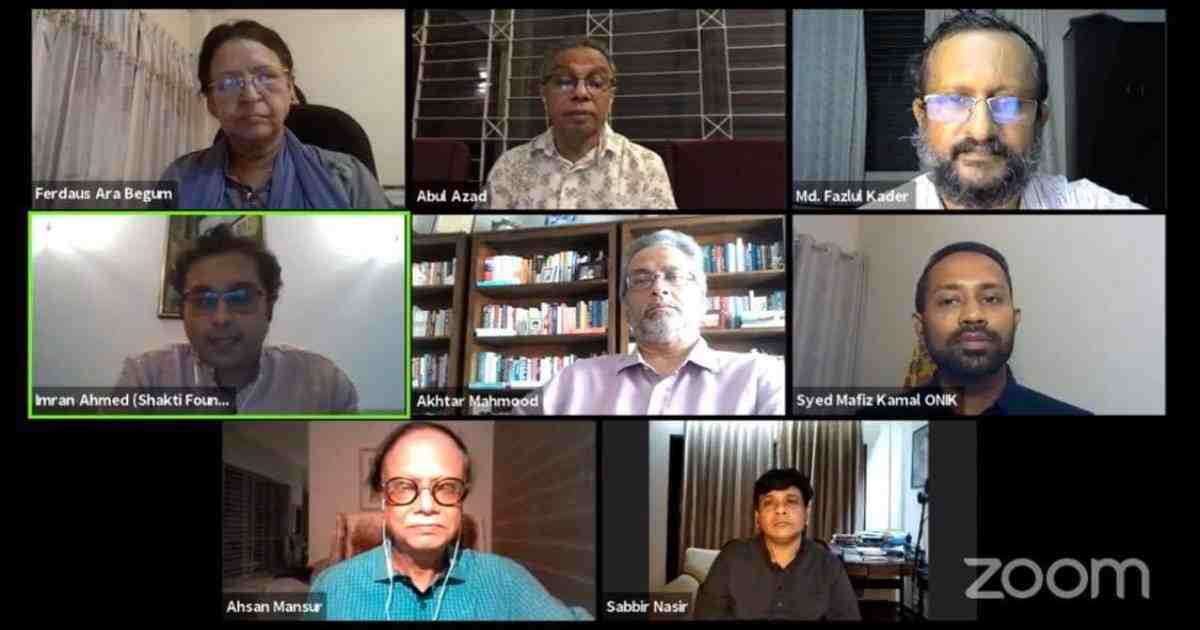 Speakers at a dialogue have said labour-intensive small entrepreneurs should be given priority during the disbursement of the Tk 20,000 crore incentive package announced by the government for the small and medium entrepreneurship.

“If those entrepreneurs can reinitiate their business, employment will be catalysed,” said Policy Research Institute (PRI) Executive Director Dr Ahsan H Mansur at a dialogue titled ‘Job Creation in the COVID-19’ organised by Centre for Research and Information (CRI) as part of CRI Policy Cafe.

He said the readymade garments sector is left with no order.

Hailing the government for announcing the Tk 20,000 crore package to reinvigorate the SME sector, he said job openings in small and medium industries and export arenas such as garments sector should be created to gear up employment scopes.

“They don’t even need a huge amount of money. Only Tk10-20 lakhs will suffice for them to start their activities. They will also be able to reinstate the employees who lost their jobs,” he said.

This economic analyst also recommended conducting more publicity of the government project titled ‘My village, my town’, which he spoke highly of.

The introductory note was delivered by Imran Ahmed, a former research fellow at McKinsey and Deputy Executive Director at Shakti Foundation.

He said even in this crisis time, new employment scopes can be created by extending policy support to the labour-intensive industry and projects and disbursing cash to the entrepreneurs who are out of banking transactions.

Ferdaus Ara Begum, the Executive Director of Business Initiative Leading Development (BUILD), said, “Cottage industries contribute most employment scopes among SME.” Referring to a survey, she said, “The sale in this industry has dipped by 30 percent in last April and showed some progress in May.”

“Only Tk 80 crore out of the government-announced package of Tk 20,000 crore has been disbursed to date while thousands of applicants are waiting.”

She said, “Cottage industry entrepreneurs can’t receive loans from the banking sector. Therefore, the loan distribution could be made at the expected level, had it been conducted through the SME Foundation, NGOs, or organisations of this kind.”

“If small entrepreneurs in rural areas are made more skilled through training, more employment opportunities will be created.”

ACI logistics limited (shwapno) executive director Sabbir Hasan Nasir said, “Those who are returning to villages from cities due to COVID-19 will have only one way to make a living, which is agriculture. They must be entitled to loans on easy terms and conditions.”

He said, “If agricultural products can be taken under the purview of the modern commercial system, farmers will be benefitted the most. It is rarely observed in Bangladesh.”

He also said that at present, the modern agricultural market only accounts for 1.6 percent. If it can be uplifted to 40 percent, then 100,000 superstores will come under the purview of modern business. Twelve lakh employment scopes will be created then.

Syed Akhtar Mahmood, Lead Private Sector Specialist in the Trade & Competitiveness Global Practice of the World Bank Group (WBG), said, “The government must be vigilante of whether the incentive package reaches to the ones who are entitled to it.”

He also stressed on whether this incentive expedites productivity and employment.

Abul Kalam Azad, recently appointed Special Envoy of the Climate Vulnerable Forum of United Nations Bangladesh, said, “The current government created 100 economic zones. Here allocations have been made for labour-intensive sectors and especially garments sectors. Through the coordination of these economic zones, more employment scopes can be made.”

“The main purpose of ‘My village, my town’ is to take the amenities of towns to villages. The government is helping villagers enjoy Wi-Fi and other digital facilities. This is paving the path for new entrepreneurs and employment scopes.”