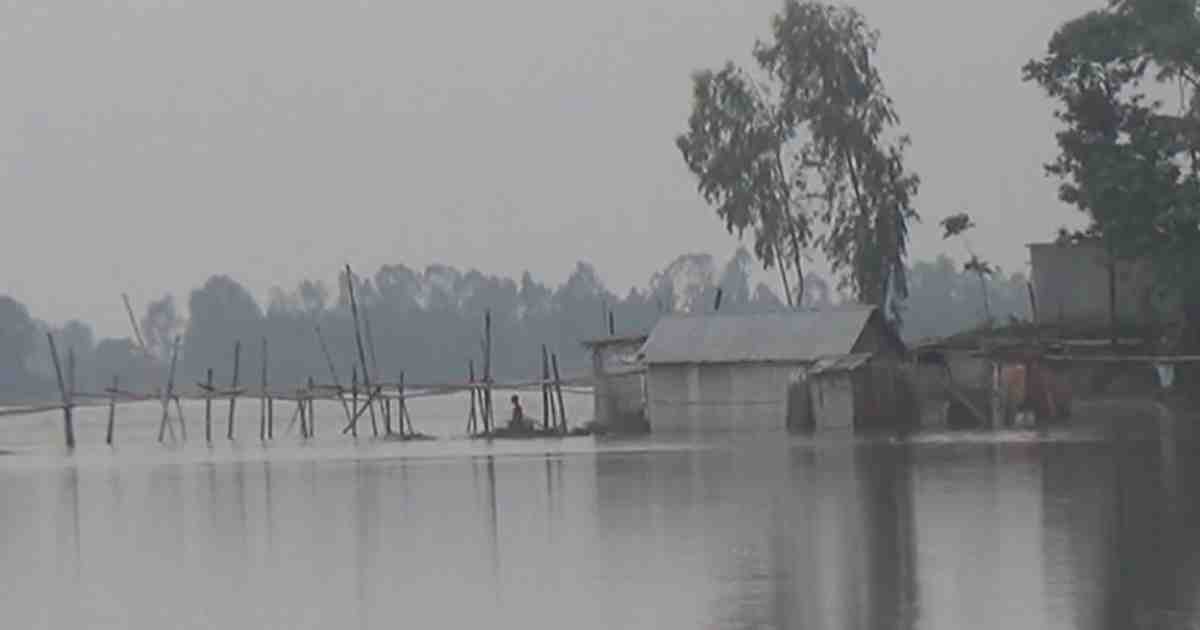 In Kurigram, over one lakh people have been affected as flood water submerged vast areas.

One lakh people in 22 unions of nine upazilas in the district have been marooned and water in 16 local rivers kept rising until Sunday morning.

According to local sources, over 200 houses in the district went into the gorge of local rivers in the last week .

Kurigram Deputy Commissioner Rezaul Karim said they have been working to take the flood-hit people to safer places while 302mts rice and Tk 36.50 was allotted in upazila level.

In Nilphamari, Teesta River was flowing 15cm above the danger level at Daliya Teesta Barrage Point at 6am.

Low-lying areas and chars were inundated, leaving many people marooned.