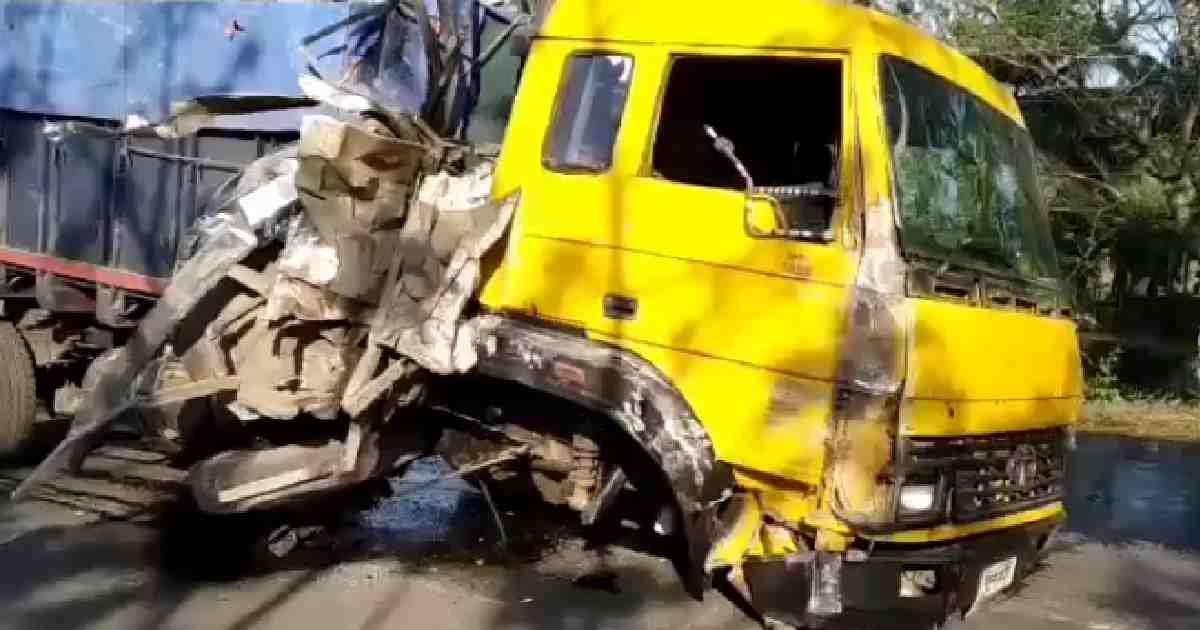 Five people were killed and 12 others injured after a bus collided head on with a rod-laden truck on Khulna-Mawa highway in Kakdanga area in Fakirhat upazila.

Among the deceased, one was identified as Rafiza, a 4-month old girl, while the identities of three men and another woman could not be known yet.

ANM Khairul Anam, officer-in-charge of Fakirhat Police Station, said the Madaripur-bound bus coming from Khulna collided with the truck around 4 pm, leaving three people dead on the spot and 14 others injured.

Later, two of the injured succumbed to their injuries on the way to Fakirhat Upazila Health Complex, the OC added.