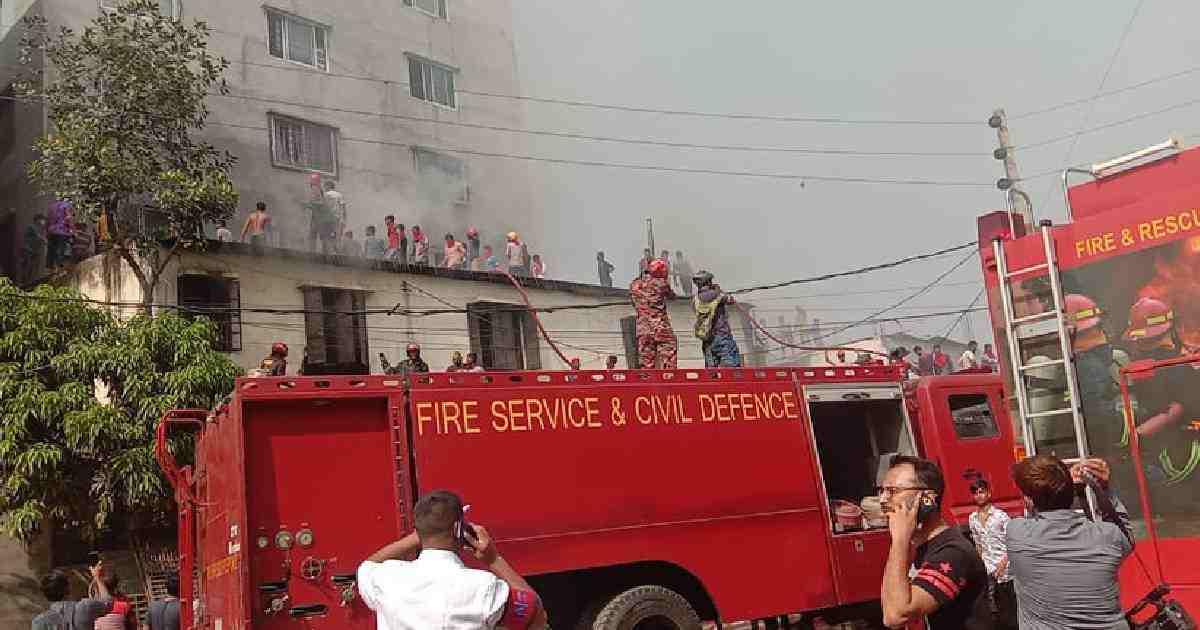 A fire that broke out in a Jhut Patti at block A of Mirpur’s section 10 in the capital was brought under control on Saturday afternoon.

Ten firefighting units first and later two more units rushed to the spot and brought the fire under control, he added.

The fire broke out at around 1:25pm and spread to the adjacent building of Khan Apperall Ltd.

On Wednesday, a massive fire broke out at Mirpur’s Rupnagar Slum.

Witnesses said over 100 shanties were gutted in the devastating fire.