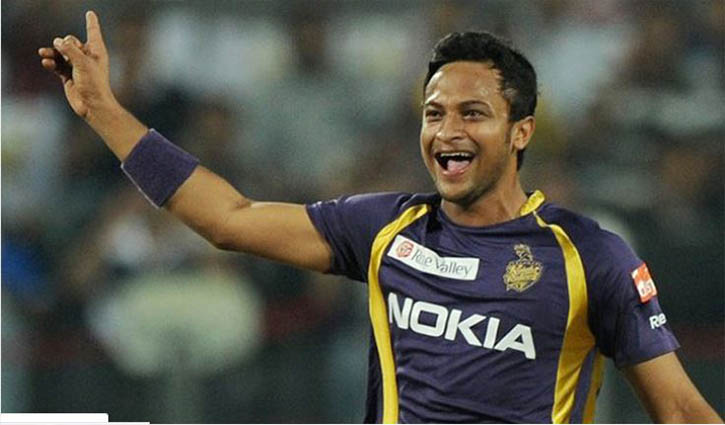 Shakib left Dhaka for Kolkata by a US Bangla flight around 9.45am.

Like in previous IPL game, the left handed batsman will play on behalf of the Kolkata Knight Riders.

Bangladesh Cricket Board has allowed Shakib Al Hasan to skip a Test and one-day international series against Sri Lanka to play in the big-bucks Indian Premier League.

In January, Shakib returned to international cricket to face the visiting West Indies, after serving out a one-year ban for his failure to report multiple corrupt approaches.