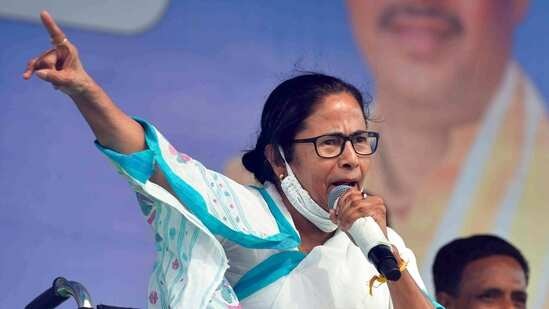 Banerjee also questioned the Shah how he could predict electoral outcomes so well. “The home minister said they will win 26 out of 30 seats where voting took place in the first phase. Have you (Amit Shah) entered the EVM?” Banerjee asked at a rally in Chandipur, reports the Hindustan Times, quoting the news agency ANI.

Shah claimed that the Bharatiya Janata Party (BJP) will emerge victorious in the first phase of the West Bengal Assembly Election 2021.

He also said BJP would win more than 200 of the 294 seats in the eastern state. “I believe that after winning 26 seats in the first phase in Bengal, it will be very easy for us to win over 200 seats overall. The party workers and I have full faith in this,” Shah claimed during a press briefing in Delhi.

However, Mamata Banerjee asked why didn’t Shah claim victory in all the 30 seats, urging people to wait till results are declared.

She also said the incumbent TMC will retain control of West Bengal. “Since 84 per cent votes were polled, I can say that people have voted for us,” said Banerjee at the rally. “The TMC will win. Outsiders can’t rule Bengal,” she said.

The rest of the seven phases of assembly elections in West Bengal will be held from April 1 to April 29. Votes will be counted on May 2 along with those from the other three states and Puducherry.