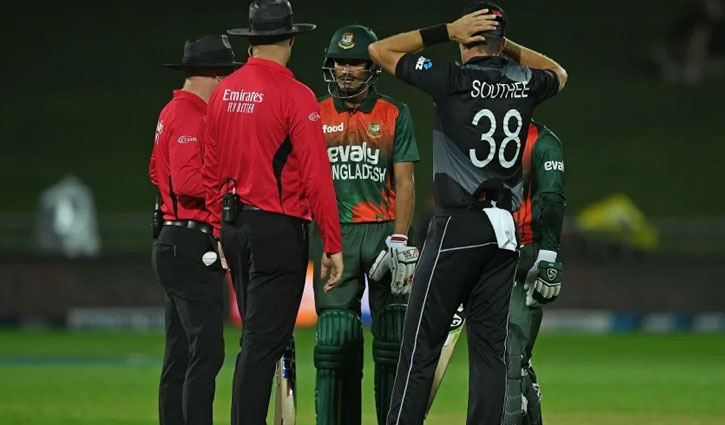 Bangladesh have conceded a defeat in the second Twenty20 as New Zealand cruised to a comfortable home series victory with a brilliant fifty by Glenn Phillips.

In reply, Bangladesh managed to score 142 runs by losing seven wickets in the allotted 16 overs and lost the match by 28 runs. As a result, New Zealand won the three-match series with remaining a match left.

In the first T20 against New Zealand, Bangladesh was defeated by 66 runs.

Earlier, Bangladesh were whitewashed against the Blackcaps in the three-match ODI series.