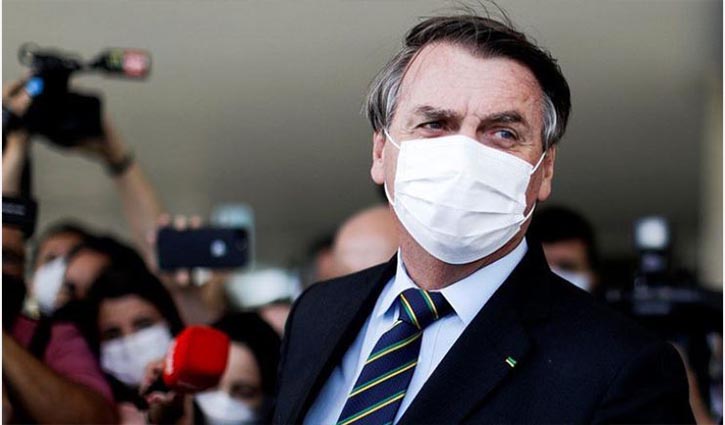 Jair Bolsonaro’s crisis-stricken administration has been rocked by the sudden sacking of Brazil’s defence minister and the subsequent resignation of the heads of all three branches of the armed forces.

The commanders of the Brazilian army, navy and air force – Gen Edson Leal Pujol, Adm Ilques Barbosa and Lt-Brig Antônio Carlos Bermudez – met with the president’s new minister on Tuesday morning and reportedly tendered their resignations during a dramatic and heated encounter.
On Tuesday afternoon the defence ministry confirmed all three would be replaced, a political earthquake that rattled a country already grappling with one of the world’s worst coronavirus outbreaks.

The Folha de São Paulo newspaper said that never before in Brazilian history had the heads of all three branches of the military resigned out of disagreement with a president.

The historic upheaval, which left many Brazilians on edge, came after Brazil’s far-right president fired defence minister Gen Fernando Azevedo e Silva on Monday during what one media report called a chilly three-minute encounter. “I need your job,” Bolsonaro told the General, a longstanding friend, according to the Estado de São Paulo newspaper.

Eliane Cantanhêde, a prominent journalist for that broadsheet in the capital Brasília, claimed Gen Azevedo e Silva had left government after making it clear to the president – a former army captain who is notorious for his praise of authoritarians – that the armed forces owed loyalty to the constitution and were not Bolsonaro’s personal force.