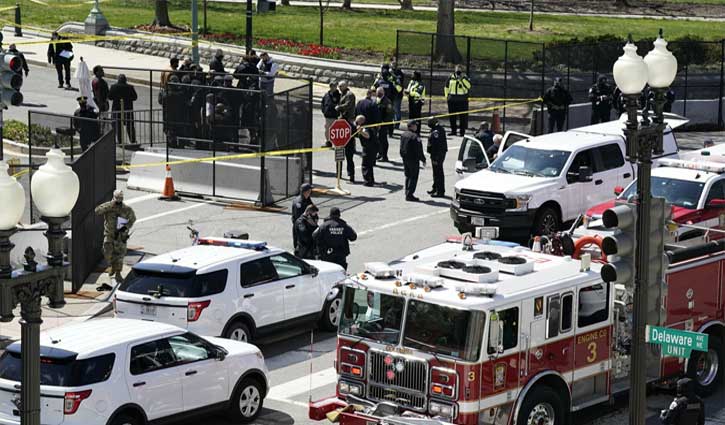 A motorist rammed a car into U.S. Capitol police on Friday and brandished a knife, killing one officer and injuring another and forcing the Capitol complex to lockdown in an attack that police said did not appear to be terrorism-related, reports reuters.

Yogananda Pittman, acting chief of the U.S. Capitol Police, said the suspect drove into the officers, then hit a barricade and got out of the vehicle, lunging at them with a knife.

Police identified the slain officer as William “Billy” Evans, an 18-year veteran of the force and father of two children. Officials said the other officer was in a stable and non-life threatening condition.

President Joe Biden said he was heartbroken by the attack and ordered flags at the White House be lowered to half-staff. In a statement, he said he was being briefed on the investigation.

Multiple media organizations, citing anonymous sources, named the suspect as Noah Green, 25, of Newport News, Virginia. Green’s brother told the Washington Post that his sibling struggled with drug use and paranoia and his family worried about his mental state.

Brendan Green told the Washington Post his brother had been violently ill on Thursday evening at the Virginia apartment they shared, and later sent him a text message saying that he planned to become homeless.

Police said the suspect was not known to them, and they had yet to determine what motivated him.