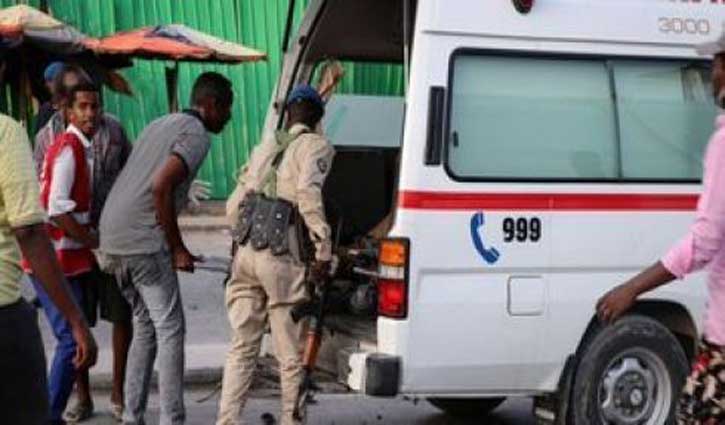 At least six people were killed and four others wounded in a suicide bombing in the Somali capital of Mogadishu on Saturday (April 3) evening.

Ismael Mukhtar Omar, spokesman in the ministry of information, said three women and a child were among those killed when a suicide bomber blew up himself at a restaurant in the vicinity of Shangani of Mogadishu.

“Six people, among them three women and a child, were killed and four others injured this evening when a suicide bomber blew himself up at a tea shop in Shangani neighborhood,” Omar said.

He said the motive of the suicide bomber had not been established but sources said he could have targeted a police station or a government ministry, which are located near the scene.