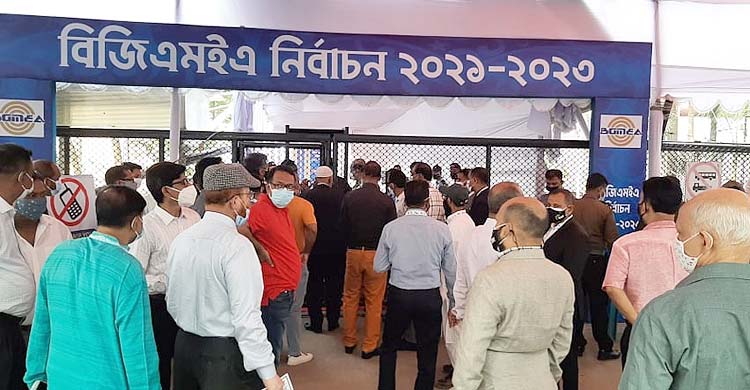 The biennial election of Bangladesh Garment Manufacturers and Exporters Association (BGMEA) is under on Sunday at 14 polling booths amid coronavirus pandemic.

The voting began at 9am at the Radisson Blu hotel in Dhaka following hygienic rules and will be continued till 7pm. At the same time, the voting started at BGMEA’s Chattogram office.

Everybody is coming to the centre wearing facemasks. The media persons are allowed to enter the centre maintaining the corona protocol, the election board sources said.

On the other hand, Chairman of Hannan Group ABM Shamsuddin is leading the Forum panel as its candidate for president. Current BGMEA president Dr Rubana Huq is contesting as a panel member of Forum.