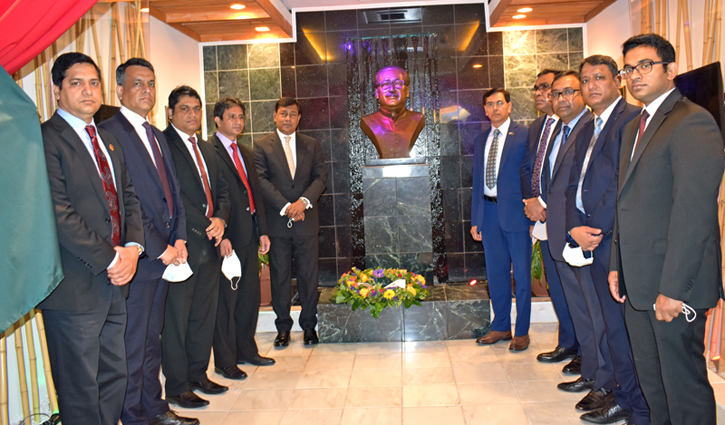 A discussion meeting was organised at Bangabandhu Auditorium of the Embassy on the occasion of the day on Saturday (April 17).

Separate messages issued by President Md Abdul Hamid and Prime Minister Sheikh Hasina on Mujibnagar Day were read out. A documentary titled “Mujibnagar Sarker” was screened at the event.

He said that Bangladesh earned liberation not only by sacrifice but also by valor of the freedom fighters. He added that Mujibnagar embodies the pride of the Bangalee nation in the struggle for freedom from the occupational forces.