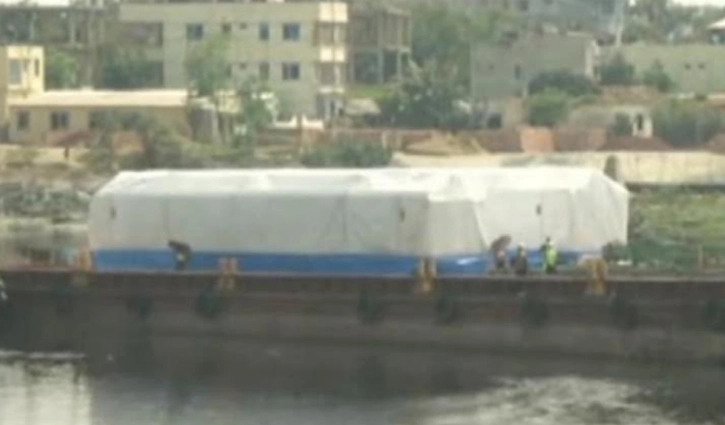 The first coach set of Metro Rail arrived in Dhaka on Wednesday, two days before the scheduled time.

The train was brought by a special cargo to the newly constructed Dhaka Mass Transit Company Limited (DMTCL) jetty on the banks of Turag river at the noon.

According to Metro Rail authorities, at 3:00 pm Bangladesh time on March 4 and 6:00 pm local time in Japan, the coaches of Metro Train started the journey from Kobe port to Dhaka by ship. It reached Mongla port on 31st March. From there it left for Dhaka on April 16. After five days, it reached Diabari in the capital on Wednesday. The coaches of the metro train will be kept at the depot of DMTCL on the north side of the golechattar of Diabari.

It was learned that the train sets consisting of two engines and four coaches are being made in Japan. Five sets of trains have already been prepared, the first of which arrived in the country. A company called Kawasaki-Mitsubishi Consortium of Japan is supplying the coaches of the metro train.