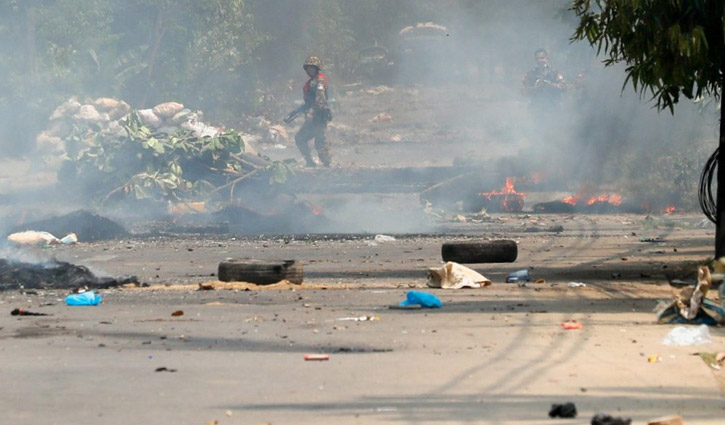 Myanmar military junta has issued an order to troops to gun down the protesters as soon as they face them.

The instructions were given in a secret message sent from the army command, local media The Irrawaddy reported.

The Irrawaddy claimed that the internal memos issued by the top military command in the country’s capital Naypyitaw whose contents were divulged to the newspaper.

“You must annihilate them when you face them,” reads an instruction dated April 11, because “rioters [the military’s euphemism for anti-regime protesters] have gone from peaceful demonstration to the level of armed conflict.”

“Officers at all levels have to follow these instructions strictly,” it adds.

The order amounted to a retroactive endorsement of the massacre of 82 people just two days earlier in Bago, a city north of Yangon, in which soldiers and police sprayed protesters with live rounds and used rifle grenades to destroy roadblocks fortified with sandbags.

Two days later, on April 14, another memo was distributed.

It reads, “All the emergency security forces must be weaponized fully and systematically” as “riots may extend to your control area,” citing ongoing protests in “every township in Sagaing, Mandalay, Yangon and Bago regions and in Mon State.”

Mentionable, on February 1, the military overthrew the elected government and grabbed the power in Myanmar. More than 700 people have been killed in anti-military protests in the country since then.