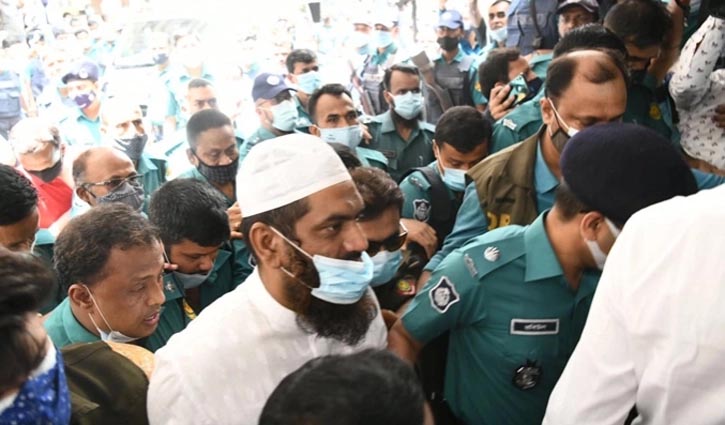 A Dhaka court has placed Hefazat-e-Islam’s leader Mamunul Haque on a seven-day fresh remand in two cases filed for vandalism.

Metropolitan Magistrate Sadbir Yasir Ahsan Chowdhury passed the order after police produced him before the court with 10-day remand prayer on Monday.

Earlier, he was taken to court after completion of his seven-day remand in a case filed last year with Mohammadpur Police Station.

Later on April 19, a Dhaka court placed him on a seven-day remand in the vandalism case.