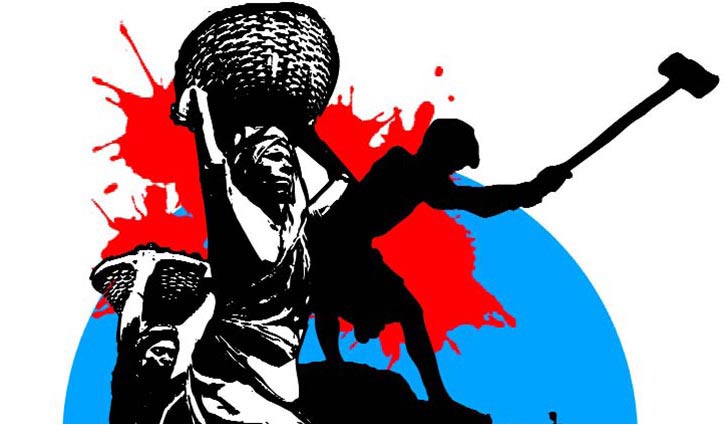 The day is being observed across the globe since 1886 commemorating the supreme sacrifices of the workers at Hay Market, Chicago, in the USA for eight-hour work day and upholding the rights of the working people.

To press home their demands, working people had to sacrifice their lives in tragic bomb attacks and police atrocities on May 1, 1886. In 1889, the International Socialist Conference declared that in commemoration of the Haymarket affair, and to pay respect to the innocent victims, 1 May would be an international holiday for labour, now known in many places as International Workers’ Day.

Ever since then, May Day is observed as a holiday all around the globe.

The theme of the day this year is “Owners-Sramik-Nirbisesh-Mujib Borshe-Gorbo Desh”.

Different organizations have taken various programmes including seminar, discussion, rally and cultural events to mark the day.
President M Abdul Hamid and Prime Minister Sheikh Hasina issued separate messages on the occasion of the historic May Day.
They extended their greetings to all working people of the world, including Bangladesh, wishing success of all programmes on the occasion.

The President said that Father of the Nation Bangabandhu Sheikh Mujibur Rahman struggled through his entire life to establish the rights of underprivileged people.

“Bangladesh got International Labour Organisation (ILO) membership soon after independence in 1972 under the initiative and bold leadership of Father of the Nation and ratified 29 conventions including six core convention of ILO,” he said.

Abdul Hamid urged the owners of mills and factories and other organizations to come forward to help the workers along with the government during the Coronavirus pandemic.

In her message, Prime Minister Sheikh Hasina said the greatest Bangali of all time, Father of the Nation Bangabandhu Sheikh Mujibur Rahman had struggled through his entire life to establish the rights of the underprivileged people.

“To establish a society free from exploitation Bangabandhu formulated labour policy in 1972. He built the country’s economy strong and ensured legal rights of workers by nationalizing abandoned mills and factories,” he said.

Sheikh Hasina said the Awami League government has been implementing various programmes to improve working people’s livelihoods and their welfare.

“Our government has established 100 special economic zones, which will generate employments for more than one crore people. Local-foreign investors are getting scopes to invest in those economic zones instead of setting factories everywhere,” she added.

The Prime Minister said working women hostels have been constructed in various areas of the country.

“Standing beside the working people, our government has been distributing relief and carrying out activities during the Coronavirus pandemic. The government has allocated Taka 8,600 crore for workers wage to combat the pandemic,” she stated.

The premier said, being imbued with the spirit of the holy May Day, the workers and owners would devote themselves in increasing the national production by maintaining health guidelines and a good relation between them.