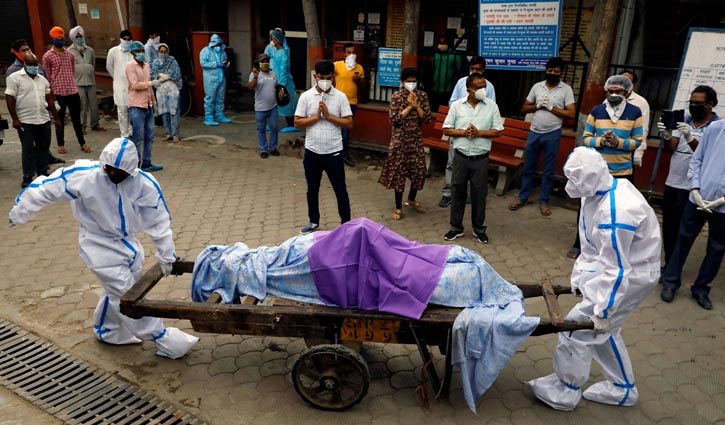 The third phase of the world’s largest vaccination drive has started today even as several states flag shortage.

The death toll from the pandemic in April stood at 48,768. This was not just the highest for any month so far in India but higher than the fatalities reported in the previous five months put together.

On Friday, the country recorded 4,02,351 fresh cases, as per TOI’s data based on state government numbers, making India the world’s first country to go past the grim milestone.

The daily case count had crossed the 3-lakh mark just nine days ago on April 21, when India went past the US’s record of the highest number of cases reported in a single day — 3,07,516 on January 8 this year, as per worldometers.info

In fact, more cases were detected in April than in the previous six months put together. Over a third of all cases (36%) and nearly a quarter (23%) of all deaths since the beginning of the pandemic have come in this one month alone, which explains just why India’s healthcare infrastructure was so overwhelmed in April.