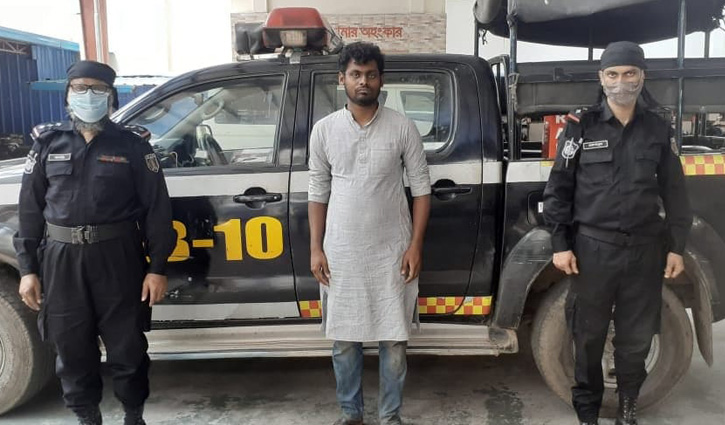 Rapid Action Battalion (RAB) arrested a person for killing his 45-year-old mother over a family feud at Jatrabari in Dhaka.

The arrestee is known as Md Sajeeb.

RAB-10 Commander Mahfuzur Rahman confirmed the matter to risingbd on Sunday (May 2).

RAB said, the arrestee was caught from Aralia area of Gazaria in Munshiganj during a special drive.

Sajeeb confessed to killing his mother. There was a family feud on April 30 and Sajeeb hit his mother with a brick, leaving the mother Parvin critically injured. Later, she was taken to Dhaka Medical College Hospital where she died under treatment.