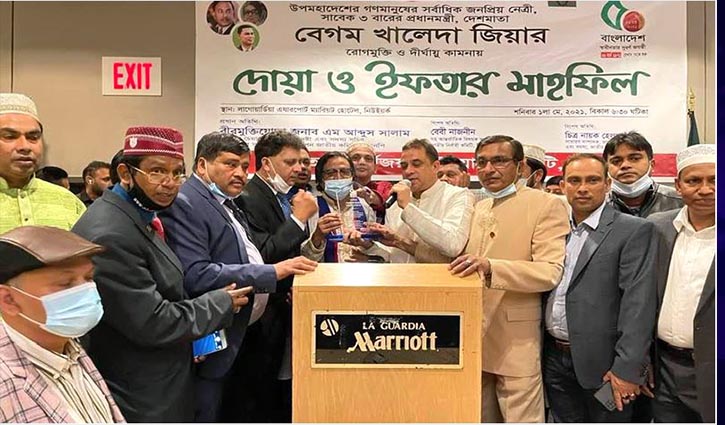 A special prayer and iftar mahfil has been held in New York for the immediate recovery of BNP Chairperson and former Prime Minister Begum Khaleda Zia.

Leaders and activists of the BNP, Juba Dal, Chhatra Dal and Jasas took part in the prayer and iftar mahfil organized by Independence Golden Jubilee Committee of USA BNP at the ballroom of the Marriott Hotel nearest to Lagarde Airport in New York on Saturday (May 1).

Ashiq Islam, a former official of the former Prime Minister’s Office, was present at the time.

Speaking as the chief guest in a brief discussion before Iftar, Abdus Salam said that the expatriates must work unitedly in the struggle to restore democracy in Bangladesh. It is only through a united movement at home and abroad that the present government can be overthrown. Therefore, forgetting all differences, everyone must unite and work to protect democracy. The movement has to be strengthened from exile.

He called upon the BNP leaders and workers in the United States to maintain unity and order within the party.