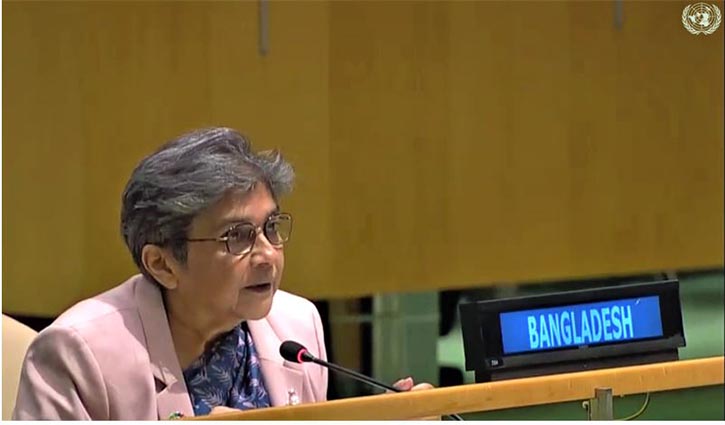 Rabab Fatima, Permanent Representative of Bangladesh, said that it was important to ensure adequate and sustainable peacekeeping budget to carry out the multifaceted responsibilities entrusted to the UN peacekeeping missions.

She made the remarks while addressing a budget session of peacekeeping missions at the local headquarters on Monday (May 3).

In her statement, Bangladesh PR urged the member states to take into account the impact of COVID-19 on peacekeeping operations and ensure sufficient allocation in order to allow the peacekeepers to cope with the challenges, while considering peacekeeping budget. She praised our peacekeepers for continued efforts to fulfill their mandates in maintaining peace, stability and security in the conflict prone countries and regions, despite the challenges of the pandemic.

Fifth Committee of the UN General Assembly sits in May every year to consider the budget of UN peacekeeping missions.