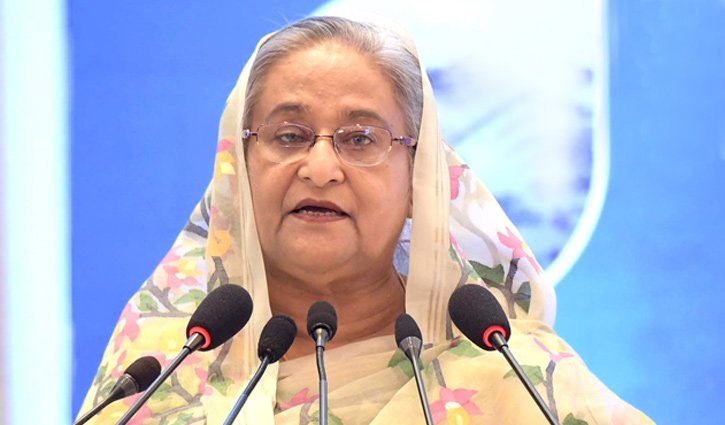 Prime Minister Sheikh Hasina has raised questions over BNP’s existence as political party in future as its top leadership was convicted for their involvement with illegal activities.

“How a political party will exist when a fugitive, who is convicted in arms smuggling, August 21 grenade attack, siphoning off orphans money cases, is in its leadership,” she questioned.

The premier was addressing a civic reception accorded to her by the expatriate Bangladeshis in the United Kingdom (UK) at Queen Elizabeth Center here on Sunday (November 7) afternoon (UK time).

Joining virtually the event from her place of residence in London, she said the top leadership of the party is also convicted in murder, arms smuggling and corruption cases as well.

“Not by us (government), this corruption perpetrated by the sons of Begum Khaleda Zia has been dug out by the American FBI . . .,” she said, adding “We (government) have been able to bring back some smuggled money from abroad.”_BSS