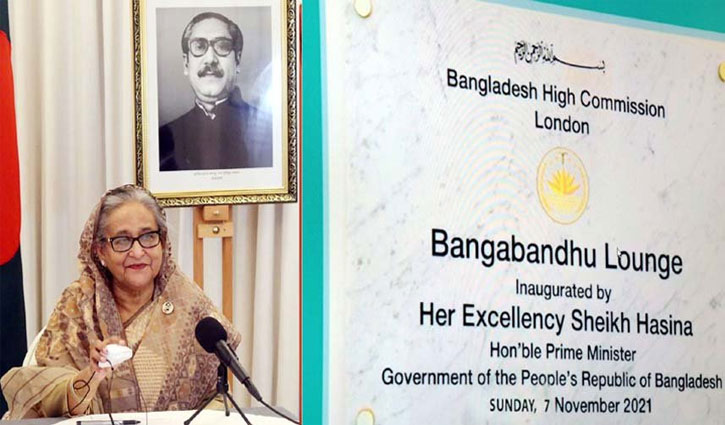 Prime Minister Sheikh Hasina asked the diplomats of the country to perform their duties with sincerity to render proper services to the expatriate Bangladeshis across the globe alongside boosting trade and commerce.

“You (diplomats) need to deliver proper services to the expatriates and look after their wellbeing,” she said.

The Prime Minister said this while virtually inaugurating the extended chancery premise of Bangladesh High Commission (BHC) in London from her place of residence here on Sunday (November 7).

She noted that the expatriate Bangladeshi people across the world are contributing to the country.

Sheikh Hasina said at present diplomacy is not confined to only political diplomacy rather it has extended to economic diplomacy and beyond.

The Prime Minister advised the diplomats to blend diplomacy with international relations to boost up trade and commerce.

“At present, none can attain development by moving up alone. So, a comprehensive endeavor is needed and that is why every mission abroad has a huge responsibility to highlight Bangladesh and its history and culture,” she said.

Sheikh Hasina also asked the concerned authorities to discuss and take measures to increase export and investment as well as social-economic development.

She said the government is working following the foreign policy given by the Father of the Nation Bangabandhu Sheikh Mujibur Rahman.

“Bangladesh is no longer a lagging-behind country, rather it is moving ahead attaining the status of developing nation and also turning into a developed country upholding this status,” she added.

English Heritage Blue Plague and the Marble Plague were opened in a new building beside the existing BHC to offer more and easy services to the expatriate Bangladeshi people.