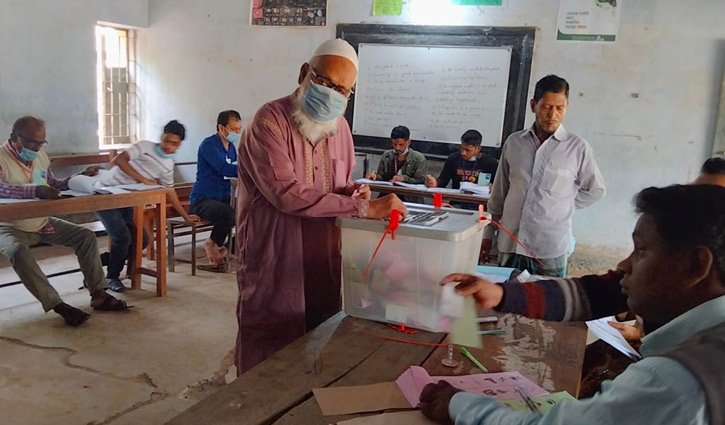 The 4th phase elections to 838 Union Parishads under 114 upazilas in different districts ended amid sporadic incidents.

In Panchagarh, police detained five people for snatching ballot boxes from a poll center in Banglabandha of Tetulia.

Confirming the matter, Tetulia police station OC Abu Sayem Mia said, the voting was underway in a peaceful environment from the morning. But, some intruders attack the center this noon and snatched some ballot papers. Later, police rushed to the spot and brought the situation under control.