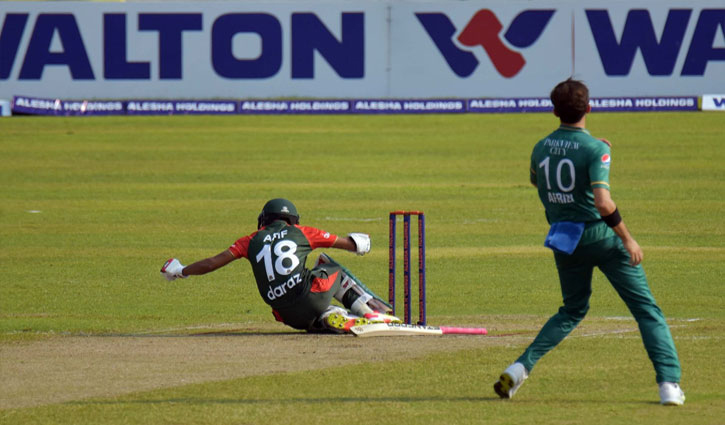 Pakistan fast bowler Shaheen Afridi has been fined 15 per cent of his match fees for throwing ball at Bangladesh batter Afif Hossain in dangerous manner during the second T20 match at Sher-e-Bangla National Cricket Stadium on Saturday.

The ball hit at his foot and caused an injury concern, for which he needed a medical attention and the play was stopped for a while. Afif, however, resumed batting later and scored 20 after feeling better. By doing so, Afridi has breached Level 1 of the ICC Code of Conduct.

Afridi was found to have breached Code of Conduct for Players and Player Support Personnel, which relates to “throwing a ball (or any other item of cricket equipment such as a water bottle) at or near a Player, Player Support Personnel, Umpire, Match Referee or any other third person in an inappropriate and/or dangerous manner during an International Match,” an ICC press release stated.

In addition to this, one demerit point has been added to the disciplinary record of Afridi, for whom it was the first offence in a 24-month period.

Afridi admitted the offence and accepted the sanction proposed by Neeyamur Rashid of the Emirates ICC International Panel of Match Referees and ratified by the ICC Cricket Operations department as per the Covid-19 interim playing regulations. There was no need for a formal hearing.

Level 1 breaches carry a minimum penalty of an official reprimand, a maximum penalty of 50 per cent of a player’s match fee, and one or two demerit points.