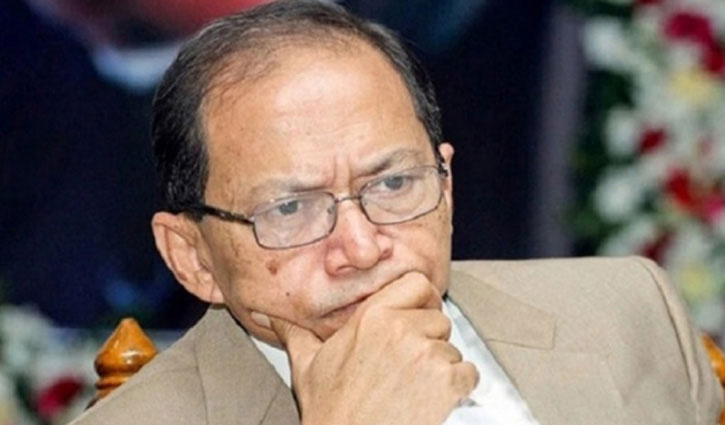 A Dhaka court has again fixed January 27, 2022 to submit the investigation report of a case filed against former chief justice Surendra Kumar Sinha (SK Sinha) for abusing the power of his position and securing the allotment of a plot of land from Rajdhani Unnayan Kartipakkha (Rajuk).

This was confirmed from Md Zulfikar, an official of ACC court registration branch.

Earlier on Thursday (October 7), Deputy Director of Anti-Corruption Commission (ACC) Gulshan Anwar Pradhan filed the case with the organisation’s Integrated District Office, Dhaka-1 against former chief justice Surendra Kumar Sinha for abusing the power of his position and securing the allotment of a plot of land from Rajdhani Unnayan Kartipakkha (Rajuk).

According to the case statement, SK Sinha had earlier received a plot of land in his own name from Rajuk, in Uttara residential area.

He purportedly later secured a three katha plot in Rajuk’s Purbachal project in the name of his brother Narendra Kumar Sinha, using his power and influence. By the same token, he upgraded the plot to a five-katha one.

Apparently, transferring the plot from Purbachal, SK Sinha got a plot of land approved by Rajuk in Uttara’s Sector-4 and paid a total of Tk75 lakh for it. He then later built a 9-storey building on the plot.

The statement further noted that investigation revealed the construction cost of the house was more than Tk6.31 crore, according to the report of a neutral engineer.

As such, the cost of construction of the building, including the price of the plot of land stands at over Tk7.6 crore. Of this, he received Tk70 lakh in advance from Khaleda Chowdhury against the sale of a flat.

Apart from that amount, he deposited the remaining more than Tk6.36 crore in the name of Shankhajit Singh, someone known to SK Sinha.

In other words, it is charged that SK Sinha has acquired assets worth over Tk7.14 crore in the names of his brother and relatives, abusing the power of his office and position. Transferring and converting the illegally earned money using the accounts of various individuals aiming to legalise the amount, SK Sinha has committed a punishable offense under the Anti-Corruption Commission Act and the Money Laundering Prevention Act, the case statement said.

The corruption watchdog had earlier filed a case against the former chief justice in 2019 on charges of embezzling Tk4 crore from Farmers Bank (now Padma Bank), engaging in fraud and forgery. October 21 has been set for the verdict in the case.