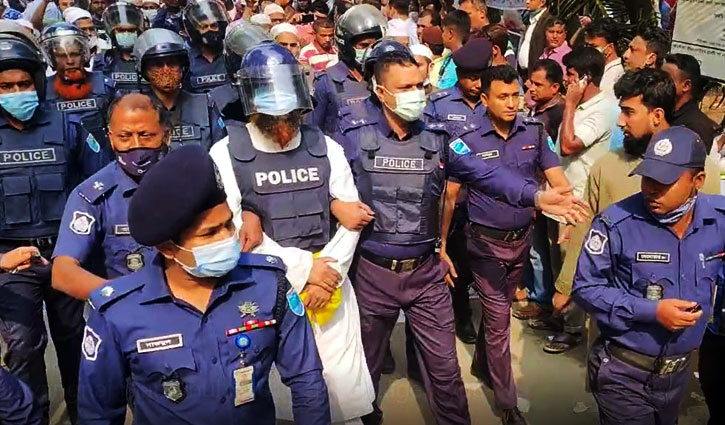 She gave the deposition before the court of Judge Nazmul Hasan Shamol of Narayanganj’s Women and Children Repression Prevention Tribunal around 12:30pm on Wednesday (November 24).

Meanwhile, the accused Mamunul Haque was present during the hearing at the court.

The tribunal public prosecutor Rakibuddin said that Jharna’s husband was a close friend Mamunul Haque. Later, Mamunul arranged a shelter for Jharna in Dhaka after her divorce. He used to roam several locations with Jharna and engaged in a physical relationship with her.

Earlier, Mamunul and Jharna made headline after being traced at Royal Resort in Sonargaon. They were confined to a room by locals. During interrogation, Mamunul told journalists and police that Jharna is his second wife.