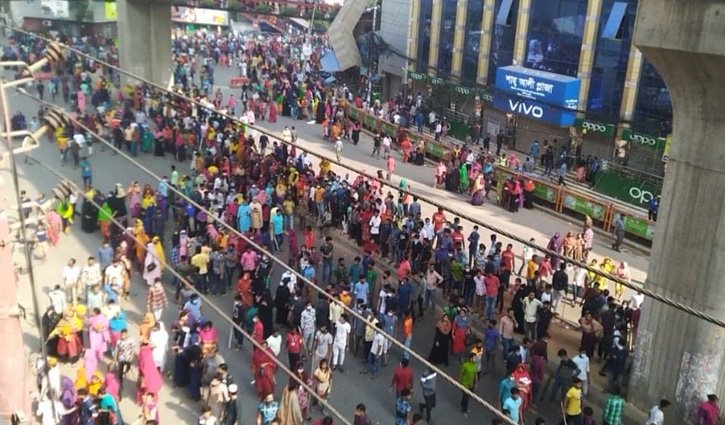 They took position at the roundabout in Mirpur 10 around 9 am on Wednesday (November 24), halting traffic movement in the area.

As a result of this, commuters are suffering a lot.

The demonstrating workers have vandalized garment factories, reports our correspondent from the spot.

Confirming the matter, Officer-in-Charge (OC) of Mirpur Model Police Station Mustafizur Rahman said the garment workers have been demonstrating at the roundabout in Mirpur 10 since the morning to realise several demands.

Additional police have been deployed in the area to avoid untoward incident, he said, adding that police are working to bring the situation under control.