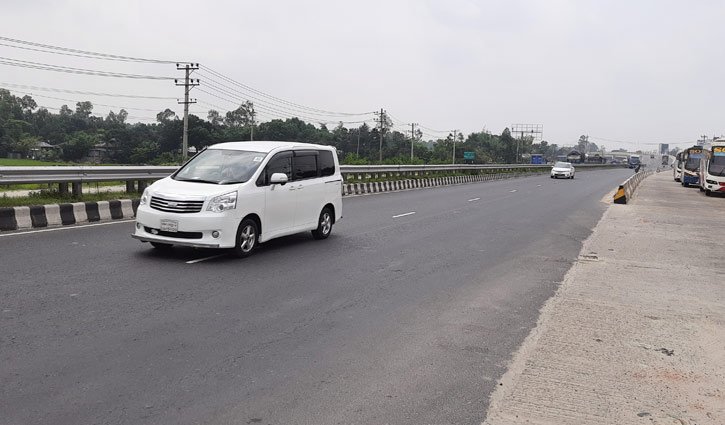 Traffic movement on Dhaka-Tangail-Bangabandhu Bridge highway remains normal though pressure of homegoers and vehicle increased on the route ahead of the Eid-ul-Fitr, the biggest religious festival of Muslims.

The report was filed after visiting different places of the highway including Rabna, Bikramhati, Rasulpur, Pouli and Elenga on Wednesday (April 27).

According to sources, arrangements have been made to collect toll in seven lanes at Bangabandhu Bridge Toll Plaza ahead of Eid. There are also two separate lanes for motorcycles. Normally, toll is collected on 3 to 4 lanes.

Shafiqul Islam, Officer-in-Charge (OC) of Bangabandhu Bridge East Police Station, said, “Pressure of some vehicles is increasing since morning on Wednesday (April 27) compared to other days. However, the traffic movement is still normal.”