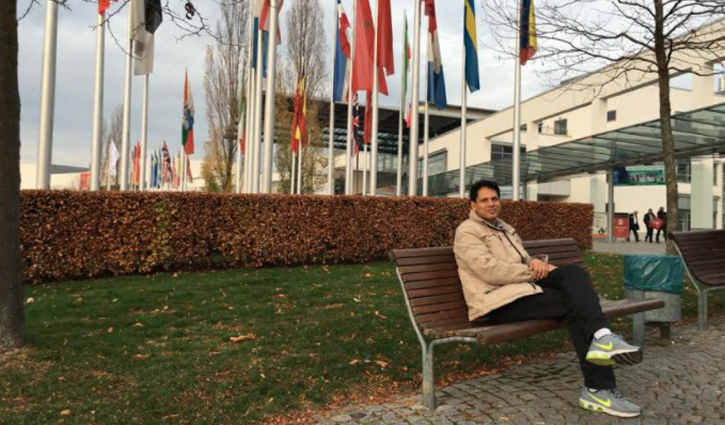 May 4 is observed as International Firefighters’ Day. The day was created in 1999 after 5 firefighters died tragically during a wildfire in Australia when the direction of the wind changed suddenly and engulfed them in flames.

The International Firefighters’ Day has a significant symbol associated with it, and this is the blue and red ribbon. The ribbon is cut precisely to one cm in width and five cm in length, with the two different colors join at the top. Blue is designed to represent water whereas the red represents fire. Not only this, but the two colors are also recognized around the world as a symbol for the emergency services.

The International Firefighters’ Day is about showing appreciation for the service, risks, and sacrifice of firefighters. The celebration is also aims to raise awareness about fires and the dangers firefighters bravely face every day.

Noted Bangladeshi poet, lyricist and composer Mahbubul Khalid has penned and various songs on the issue of fire incidents to create awareness.

Late Ahmed Imtiaz Bulbul composed the music of the other song ‘Ar Noy Agni Shikha’ in which young singers Sabbir and Tina Mostary rendered their voices.
The songs have been published on www.khalidsangeet.com, a website that contains the songs and poems of Mahbubul Khalid.

Besides, a music video of ‘Eto Lash Rakhbo Kothay’ has been released in YouTube’s Khalid Sangeet channel.

The song was mainly written after the tragic fire incident of Haji Wahed Mansion, a building in Chawkbazar’s Churihatta, Dhaka, Bangladesh, where a chemical-fed fire left 71 people burnt to death on February 20, 2019. Just after a month, on March 28, another fire broke out at the 22-storey FR Tower in Dhaka’s Banani area leaving 26 people dead. The fire incidents deeply shocked Mahbubul Khalid. He portrayed the pathetic picture of the fire and its consequences in the song. With very touchy words and heartfelt music, the song has become an emblem of human fate and suffering.

Mentionable, poet, lyricist and composer Mahbubul Khalid has penned and tuned a vast number of songs including various days or observance, popular and renowned personalities, social awareness etc. His recent song on Covid-19 pandemic has been widely appreciated and created awareness on the deadly virus.