We will win the war: Zelensky 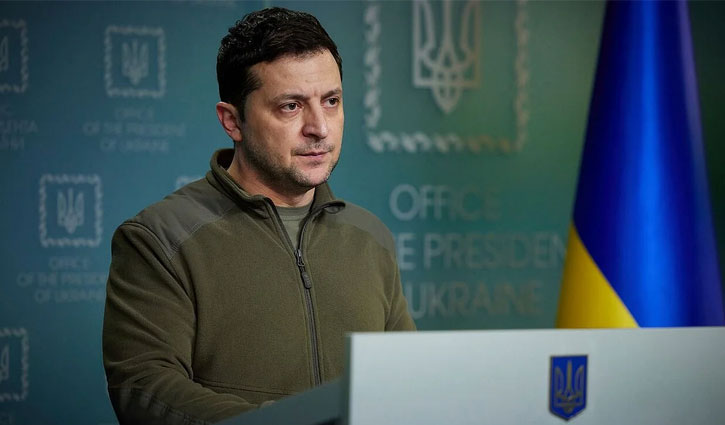 President Volodymyr Zelensky said Monday that Ukraine would not allow Russia to appropriate victory in World War II, speaking on the anniversary of the Soviet Union’s defeat of Nazi Germany.

“Today we celebrate Victory Day over Nazism. We are proud of our ancestors who together with other nations in the anti-Hitler coalition defeated Nazism. And we will not allow anyone to annex this victory. We will not allow it to be appropriated,” the Ukrainian leader said.

“The names of these cities inspire us today. They give us faith that we will drive the occupiers from our land,” Zelensky said in the video address, listing Mariupol, Kherson, and the Crimean peninsula by name.

“We won then. We will win now,” the Ukrainian president added.

Ukraine was invaded by Russia in late February and Moscow claimed its operation was in part to “de-Nazify” the country.

Both Ukraine and Russia have likened actions by the other side’s army to those of Nazi Germany, whose defeat by the Soviet Union in 1945 is celebrated in ex-Soviet countries on May 9.