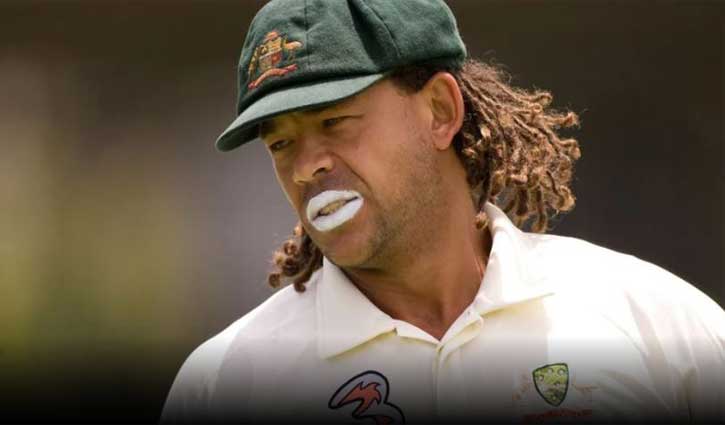 Former Australia all-rounder Andrew Symonds has died aged 46 in a car accident, about 50 kilometers outside Townsville on Saturday (May 14) night.

In a statement, Queensland Police said they were investigating the single-car crash in Hervey Range Road. “Early information indicates, shortly after 11pm the car was being driven on Hervey Range Road, near Alice River Bridge when it left the roadway and rolled.

“Emergency services attempted to revive the 46-year-old driver and sole occupant, however, he died of his injuries.”

Confirming the shocking development, Cricket Australia issued a statement attributed to chair Lachlan Henderson. “Australian cricket has lost another of its very best. Andrew was a generational talent who was instrumental in Australia’s success at World Cups and as part of Queensland’s rich cricket history.

“He was a cult figure to many who was treasured by his fans and friends. On behalf of Australian cricket our deepest sympathies are with Andrew’s family, team-mates, and friends.”

A fan favourite, Symonds played 26 Tests, 198 One-Day Internationals and 14 T20Is in an occasionally controversial, but mostly successful career between 1998 and 2009.

Brutally aggressive with the bat, powerfully agile on the field and deceptively dangerous with the ball, Symonds was the ultimate limited-overs package and an integral member of Australia’s unbeaten World Cup campaigns of 2003 and 2007. He made a mark even in his brief Test career, scoring a Boxing Day Ashes hundred as well as a counter-attacking 162* in the controversy-riddled Sydney Test of 2008 helping Australia retain the Border-Gavaskar Trophy.

Born in Birmingham, Symonds could have played for England but turned down a call-up to the England A side after turning heads in 1995 when he smashed 16 sixes enroute his 254* for Gloucestershire against Glamorgan. His record (jointly held) for the most sixes in a County Championship was only bettered last week by Ben Stokes.

The Australia debut eventually came in an ODI at the Gaddafi Stadium in November 1998, but it was at the 2003 World Cup when Symonds truly arrived on the international circuit. In Australia’s first match of the competition at the Wanderers Stadium in Johannesburg, Symonds walked out to bat with the holders reeling at 86 for 4. He proceeded to take apart a Pakistan attack comprising Wasim Akram, Waqar Younis and Shoaib Akhtar to finish with a 125-ball 143*. He would go on to score five more hundreds in the 50-over format and finished with an average touching nearly 40 despite predominantly playing as a finisher.

The T20 format took off towards the latter half of his career but the Queenslander had his share of the fun in a format that suited his dynamic all-round game to the T. He was signed up by the Deccan Chargers for USD 1.35 million ahead of the inaugural season of the IPL and in only the team’s third game, smashed a 53-ball 117* against Shane Warne’s Rajasthan Royals. Symonds’ Chargers finished last in 2008 but bounced back spectacularly the following year to lift the trophy under compatriot Adam Gilchrist’s captaincy.

Post his retirement from all forms of the game in 2012, Symonds moved into broadcasting and was a regular presence in the commentary box during Australia’s home season as well as in the Big Bash League.