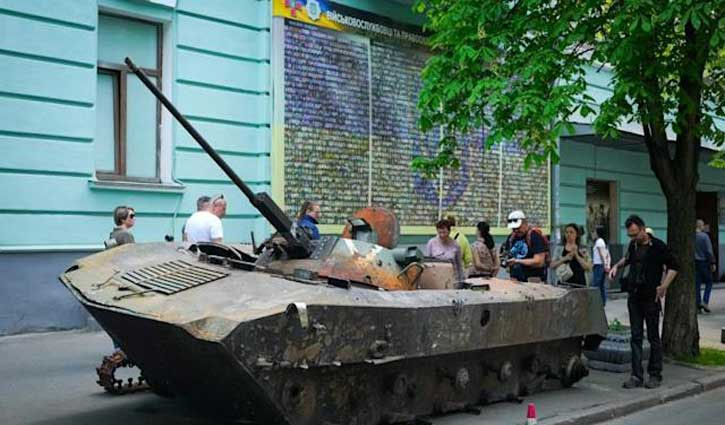 NATO Secretary-General Jens Stoltenberg said Kyiv could win the war against Moscow, as he urged the military bloc to keep sending military aid to the country.

“Ukraine can win this war. Ukrainians are bravely defending their homeland,” said Stoltenberg, adding that: “We must continue to step up and sustain our … support to Ukraine.”

Stoltenberg, who tested positive for COVID-19 earlier this week, joined the meeting remotely.

NATO foreign ministers reconfirmed the alliance’s “strong support for Ukraine,” he explained, stressing that NATO “must continue to step up and sustain our military support to Ukraine.”

According to Stoltenberg, Ukraine can win against Russia since the war “is not going as Moscow had planned.”

Besides the military defeats that it has suffered in Ukraine, Russia fails to achieve its strategic objectives in dividing NATO, he asserted.
Stoltenberg also said that the NATO foreign ministers discussed long-term reforms in the alliance’s deterrence and defense posture that reflects the “new security reality in Europe,” and NATO’s next strategic concept in preparation for the leaders’ summit to be held in June in Madrid.