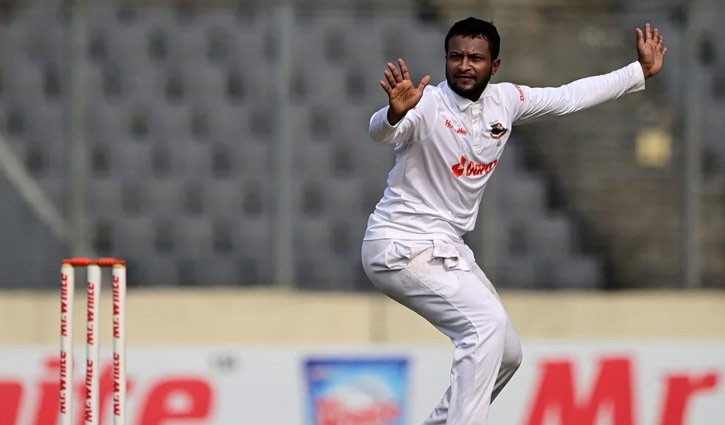 Bangladesh Cricket Board (BCB) President Nazmul Hassan Papon made the announcement at a press conference after a concerned meeting on Thursday afternoon.

Liton Kumar Das has also been made the Test vice-captain.

The world’s best all-rounder was banned in October of 2019 for hiding a fixing proposal. At that time, BCB hastily announced Mominul Haque as the Test captain.

That responsibility has come on Shakib’s shoulders again as Mominul Haque stepped down from his Test captaincy on Tuesday to focus on his batting, after a poor run of form so far this year.

Bangladesh team will leave for West Indies on June 5 where they will play two Test matches, three Twenty20 matches and three one-day matches.

Mominul Haque could just reach double digit mark thrice in the last 15 innings, which gave the critics an opportunity to raise their voice high against him.

Mominul led the side in 17 matches and won three including a memorable Test win against New Zealand on Black Caps den earlier this year. Under his captaincy, Bangladesh lost 12 matches and drew two. But of late he was unable to motivate the side because of his serious bad patch. His batting form took a nosedive once he took over the captaincy. Before being captain, he had scored 2613 runs with an average of 41.48 in 36 Tests but after getting the captaincy, his average went down to 31.44 in 17 Tests. In this period he made just 912 runs that included three centuries and two half-centuries. Mominul now has 3525 runs under his belt in 53 matches with 11 centuries, which meant after being captain he hit just three centuries.

Mominul said it is tough to lead the side when the captain himself suffers from run-drought.

Shakib firstly was appointed as the captain during Bangladesh’s tour in West Indies in 2009 after Mashrafe Bin Mortaza was injured on the first day of the first Test. Under Shakib’s captaincy, Bangladesh won that series to make a history as that was the Tigers’ first series victory on foreign soil.

Following a disastrous Zimbabwe tour in 2011, Shakib was stripped off the captaincy but back to being the captain again in 2018 when Mushfiqur Rahim stepped down.

At this phase, Shakib led the side till 2019 before being banned by ICC for two years for his failure to report the corrupt approaches from the bookies.

In those two terms, Shakib led the side in 14 matches and won just three while lost 11.

According to most of the board members, Shakib is the best option to lead the side in Test cricket if he plays this format regularly.