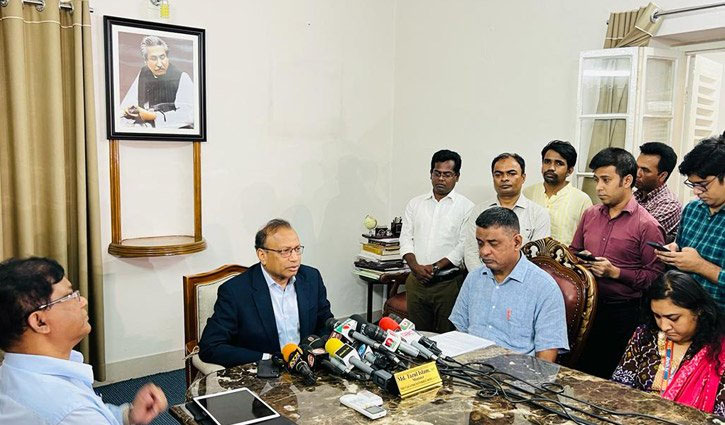 Local Government and Rural Development (LGRD) and Cooperatives Minister Md Tajul Islam has directed to cut any road if necessary in a bid to remove floodwater.

The minister has also directed the Sylhet City Corporation to give its special generator to MAG Osmani Hospital so that the hospital can generate power which was cut off due to flooding.

Tajul Islam said this while briefing reporters about the flood situation in the Sylhet region at his official residence on Mintu Road in the capital on Saturday (June 18) afternoon.

The minister said that as per the directives of Prime Minister Sheikh Hasina, the Local Government Engineering Department and Sylhet City Corporation have already been instructed to immediately cut the roads which are creating barriers to remove floodwater. Officials are monitoring the situation, and separate control rooms have already been opened in this regard.

“Our main aim now is to rescue flood-hit people and provide dry food, pure water and water purification tablets to the stranded people”, he said.
People from all walks of life, including public representatives, government officials, members of the army, navy and other forces, and voluntary organizations are working to help the flood-affected people. Besides, the concerned ministries including the Ministry of Local Government, Ministry of Health, Ministry of Relief and Disaster Management and Ministry of Shipping are working with a coordinated way.

Responding to a question from reporters, the minister said it has become possible to take immediate actions as the government was prepared.