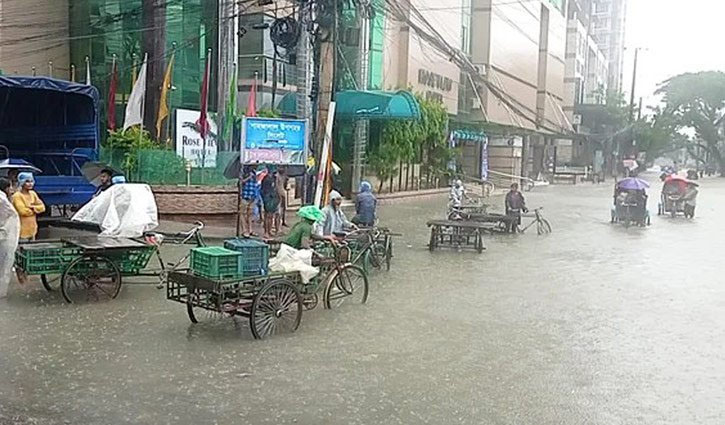 Water started entering the hospital’s first floor around 12.00pm on Saturday, and the authorities were forced to cut off the power supply.
Services at the hospital’s surgery department and intensive care unit (ICU) are being hampered due to the power outage.

He said, “We are trying to get power back up. We have asked the high ups to bring the special generator, which was gifted to the Sylhet City Corporation by the prime minister, to the hospital. Then we can at least run the ICU and surgery ward.”

He further said till the morning of 18 June some 1,760 patients were admitted in the hospital. Although some patients left after floodwater entered the wards.

Meanwhile, Osmani Medical College has been declared closed due to the deteriorating flood situation.