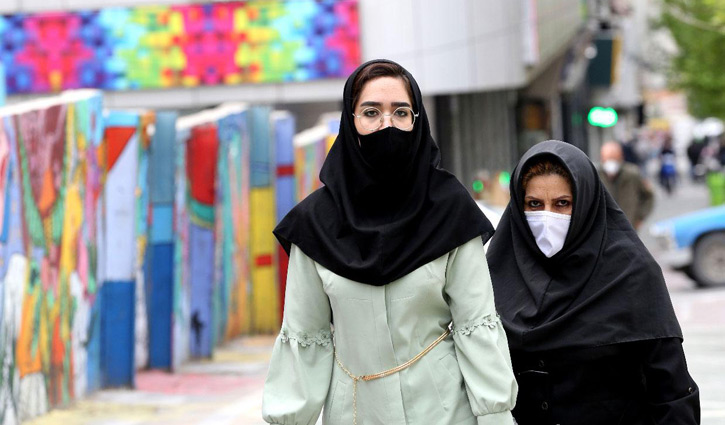 Two of Iran’s 32 provinces – Alborz, close to capital Tehran, and Ilam to the west of the country – have been confirmed by the country’s health ministry to be facing a fourth wave. Seven more, including Tehran, are on the verge, it said.

“If we don’t have the necessary considerations, we might face this wave in other provinces as well. So we need to be careful,” President Hassan Rouhani said during a televised session of the national anti-coronavirus task force on Saturday.

Iran has reported more than 1.9 million coronavirus cases since it announced its first in February last year. About 63,000 people have died in what is the worst COVID-19 death toll in the region.

The resurgence in the cases, which health officials say will soon be accompanied by a spike in hospitalisations and deaths, comes two weeks after Nowruz, the Iranian new year, on March 20.

Nowruz is followed by long holidays during which Iranians traditionally travel, mostly to scenic provinces to the north near the Caspian Sea, and visit family and friends.

Even as health officials said they opposed travels this year, people were officially allowed to visit hundreds of cities across the country that were not classified as “red” or “orange” on a colour-coded scale denoting the severity of outbreaks.

Public transport was not banned and fines, set to deter road travel using private vehicles to prohibited cities, are not hefty, leading to some travellers considering them part of travel expenses.

According to the health ministry, at least 15,000 people who knew they were infected with COVID-19 after testing positive at registered labs, travelled during Nowruz.

Official figures also show 47 cities are now classified “red” while 126 have been bumped to “orange”.

A further 247 are “yellow” while only 14 are classified as “blue”, experiencing the lowest transmission rates.

Iran, with a population of more than 80 million, has administered only about 161,000 doses of coronavirus vaccines to people in vulnerable groups, as per the latest figure announced by officials last week.